From Wikipedia, the free encyclopedia

This article is about the general term. For other uses, see Science (disambiguation).

Science is a systematic enterprise that builds and organizes knowledge in the form of testable explanations and predictions about the universe.

During the Middle Ages in the Middle East, foundations for the scientific method were laid by Alhazen in his Book of Optics. From classical antiquity through the 19th century, science as a type of knowledge was more closely linked to philosophy than it is now and, in fact, in the Western world, the term “natural philosophy” encompassed fields of study that are today associated with science, such as astronomy, medicine, and physics. While the classification of the material world by the ancient Indians and Greeks into air, earth, fire and water was more philosophical, medieval Middle Eastern scientists used practical, experimental observation to classify materials.

In the 17th and 18th centuries, scientists increasingly sought to formulate knowledge in terms of laws of nature. Over the course of the 19th century, the word “science” became increasingly associated with the scientific method itself, as a disciplined way to study the natural world. It was in the 19th century that scientific disciplines such as biology, chemistry, and physics reached their modern shapes. The same time period also included the origin of the terms “scientist” and “scientific community,” the founding of scientific institutions, and increasing significance of the interactions with society and other aspects of culture. 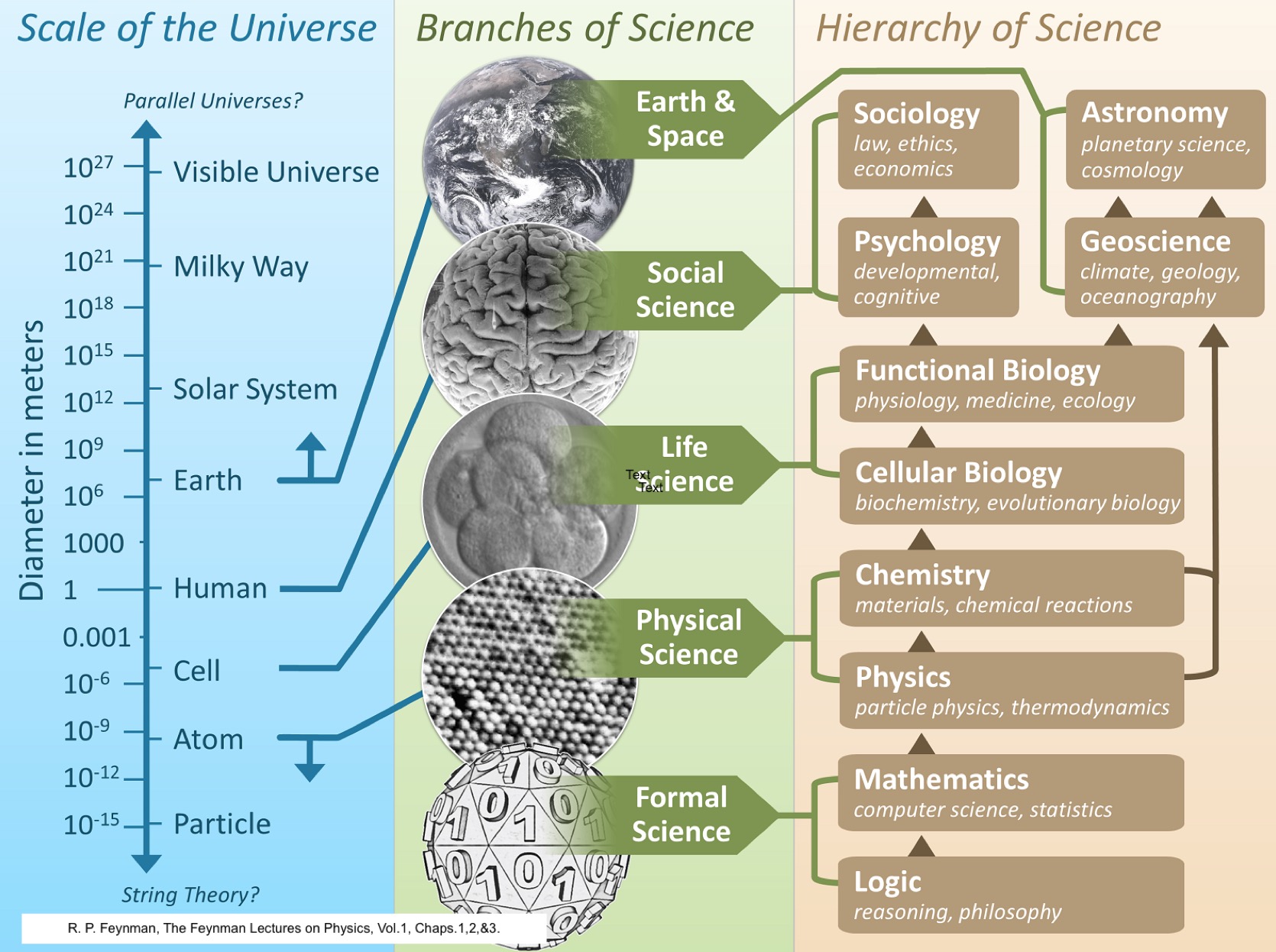 The scale of the universe mapped to the branches of science and the hierarchy of science.